This week, we let Aaron dig back into the dustiest part of has brain, and when he emerged again he had for us SpaceHunter: Adventures in the Forbidden Zone from 1983! Wolf is a lone wolf who takes a mission to rescue a few fancy ladies from a planet on the crusty side of the universe. It should all be a piece of space cake, but of course, it never works out that way. Once Michael Ironside gets his nasty claws on the womens, Wolf has no choice but to team up with Molly Ringwald (pre John Hughes era!) and Ernie Hudson (the true hero of any movie he's in) to storm the compound and get what he came for!

This week, due to a threat received in the mail by an anonymous enemy, we had to go into police protective custody. It's a nice enough place they set up for us, except there is only a TV VCR combo with a tape stuck in it. That tape? Super Fuzz from 1980!

This week, we paid a psychic to invade our dreams and read the script of Dreamscape from 1984 to us! Dennis Quaid plays a dude who loves ladies, horse, and moving things with his mind. When he is recruited by Max von Sydow to experiment in dream manipulation, he gets more than he bargained for! Snake men! Nunchucks! Kate Capshaw! Everything you could hope for, including a LOT of synthesizer.

This week, Aaron tripped on the stairs of our apartment and cracked his head wide open. To our amazement, there was no brain in that skull of his, only a DVD copy of Wizards from 1977! Join us as we discuss Ralph Bakshi's crazy animated art project!

This week, we are joined by Gena Radcliffe of www.genaradcliffe.com and the Kill by Kill Podcast https://itunes.apple.com/us/podcast/kill-by-kill/id1124379551?mt=2 ) to talk about one of her favorite movies, The Lost Boys from 1987! In this modern (for the time) vampire tale, Jason Patric and Corey Haim are seduced by the power of an evil so magical, you can't hardly believe your eyes when it pops onto the screen. Or your ears for that matter. That's right, I'm talking about Tim Cappello and his amazing saxaphone machine! Wait, no, sorry, it Kiefer Sutherland and his vampire gang!

This week, we watched a movie about heroic goat and the children who loved him. Plus, psychic kids, Bette Davis and Christopher Lee trying to kill said kids, and late 70s gang culture. Return from Witch Mountain from 1978!

This week, we watched Ghostbusters from 1984, the movie brave enough to reveal the corruption within the EPA!

This week, we gotta a desperate letter from a friend who needed us to watch Live. Die. Repeat. Unfortunately we could not find that movie. I'm pretty sure it was erased from the time stream and replaced by Edge of Tomorrow from 2014! Emily Blunt stars as a total badass who kills aliens as easily as the rest of us pass gas. Oh, and Tom Cruise is in it too I guess. It's an excellent action sci-fi movie that has the feel of a video game with the baggage! YOU KNOW WHAT I MEAN.

The League of Extraordinary Gentlemen: PDSMiOS 142

HEY! So, first of all, the sound. We are working with new microphones aaaaand we haven't quite got it down yet. In the beginning of the episode, there are a lot of rumbles and pops BUT it does even out a little bit on, so please stick with it.

Second! If you do make it to the end of the episode, you might notice Joel talking about angry listeners with absolutely no context! That's because we cut out a part where Joel said something disparaging about man babies on the internet. If you know him, you know how he feels, so let's just ignore that part of the podcast hmm?

The MOVIE is LXG: The League of Extraordinary Gentlemen from 2003! 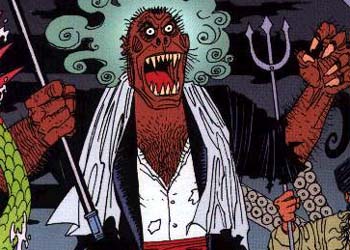 Week 3 of the Summer of Love Beach Party podcast, Sarah surprised us all by showing up to the recording session riding a righteous Harley, blasting some hard rock tunes, and then slammed in a VHS copy of Stone Cold from 1991! In this serious drama, officer Joe Holt must go undercover in order to infiltrate a notorious baker gang. He chooses the name John Stone, and sudddenly thing start exploding everywhere! This is crazy, over the top action vehicle, and only Brian Bosworth had the guns to deliver it.

Week 2 of Summer of Love Beach Party Podcast (part duece), we are joined by Spencer Seams of High and Low: A Kurosawa podcast, to discuss one of his favorite movies, The Texas Chainsaw Massacre from 1974! This is an art movie, disguised as a horror comedy, that is not very funny and is actually quite terrifying! But there is a lot of meat on that bone, and we have no problem chowing down! Mmmm. I don't feel so good.

This week, we kick off Summer of Love Beach Party Podcast year 2 with a late 80's classic, Young Guns! Everyone know the legend of Billy the Kid, but did you know the legend of the movie that should Bon Jovi and doesn't? Well, that's a tale we spin in this very episode! This movie is a cavalcade of who's who actors from back in the day! Emilio! Charlie! Kiefer! Lou! Uh... Terry O'Quinn! All your favorites!

This week, we moved all the way to New York, just order Dominos. That's right, the best pizza in the world on every

This week, we are joined by Wendy Mays of the Pet Cinematary podcast (http://www.petcinematary.com/ ) to discuss her pick, the movie Lady Terminator (aka Nasty Hunter) from 1989! This is a bit of a PG-13 episode, because frankly a lot of people get some serious crotch trauma in this movie. SO BE WARNED! And protect your genitals!

This week, we took a trip to the theater to see the new Russian Royal Ballet! It was really weird! The main dancer was a quadriplegic who spun around in his chair until a bunch of cyborgs showed up, and then they all started kung fu fighting! Is this how it normally is? The movie is Upgrade from 2018, and it was a very good time at the theater!

All Dogs Go to Heaven: PDSMiOS 135

This week, we were hidiously murder and sent to what I can only legally refer to as HECK, where we forced to watch All Dogs Go to Heaven from 1989! Is this a tale of morality, one that we should be teaching to children? This movie wherein dogs of dubious nature imbibe in alcoholic beverages and gamble their lives away and still get to heaven?! You'll have to listen to the episode to find out our opinions!

This week, Aaron picked out the wrong AOL disk and we all got sucked in a demon world, where there were only 2 movies available: RageWar from 1984 or The Dungeonmaster from 1984! SPOILER ALERT. They are the same movie. And they are pretty dang entertaining. Imagine having to fight through 7 different grueling levels, all just to get your girlfriend back from the devil played by Richard Moll! It is as thrilling as you think.

This week, we take a trip to Italy for the Holy holiday celebrating Saint Andrew, and almost get murder for our trouble! If only Aaron hadn't tried to steal that old ladies money! The Machine that Kills Bad People (La macchina ammazzacattivi) from 1952, the only movie that dares to show a lady in her bathing suit!

This week, we lose an hour and a half of time mysteriously, and some how end up watching The Mothman Prophecies from 2002!
Big shout out to the excellent podcast Astonishing Legends for the inspiration!

This week, we found success in the lucrative poultry business by watching the movie Death Laid an Egg from 1968! Now I know what you're thinking. What do chickens have to do with science fiction? Well, in this crazy giallo movie, it doesn't matter! All that matters is the chickens! Ignore the murdered prostitutes! Ignore the photo shoots! Ignore the chicken $#&% covered boots! IT'S ALL ABOUT THE CHICKENS!!!